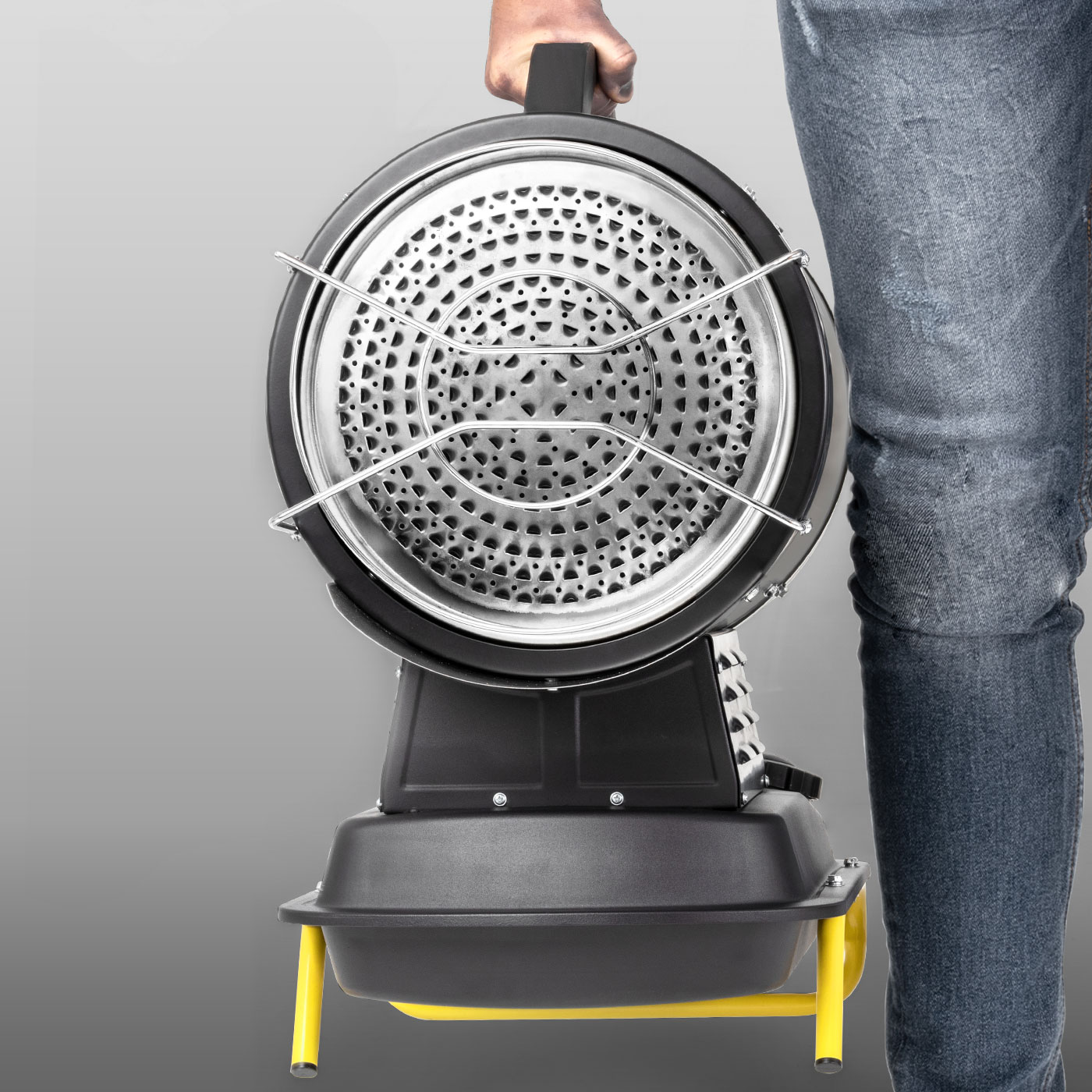 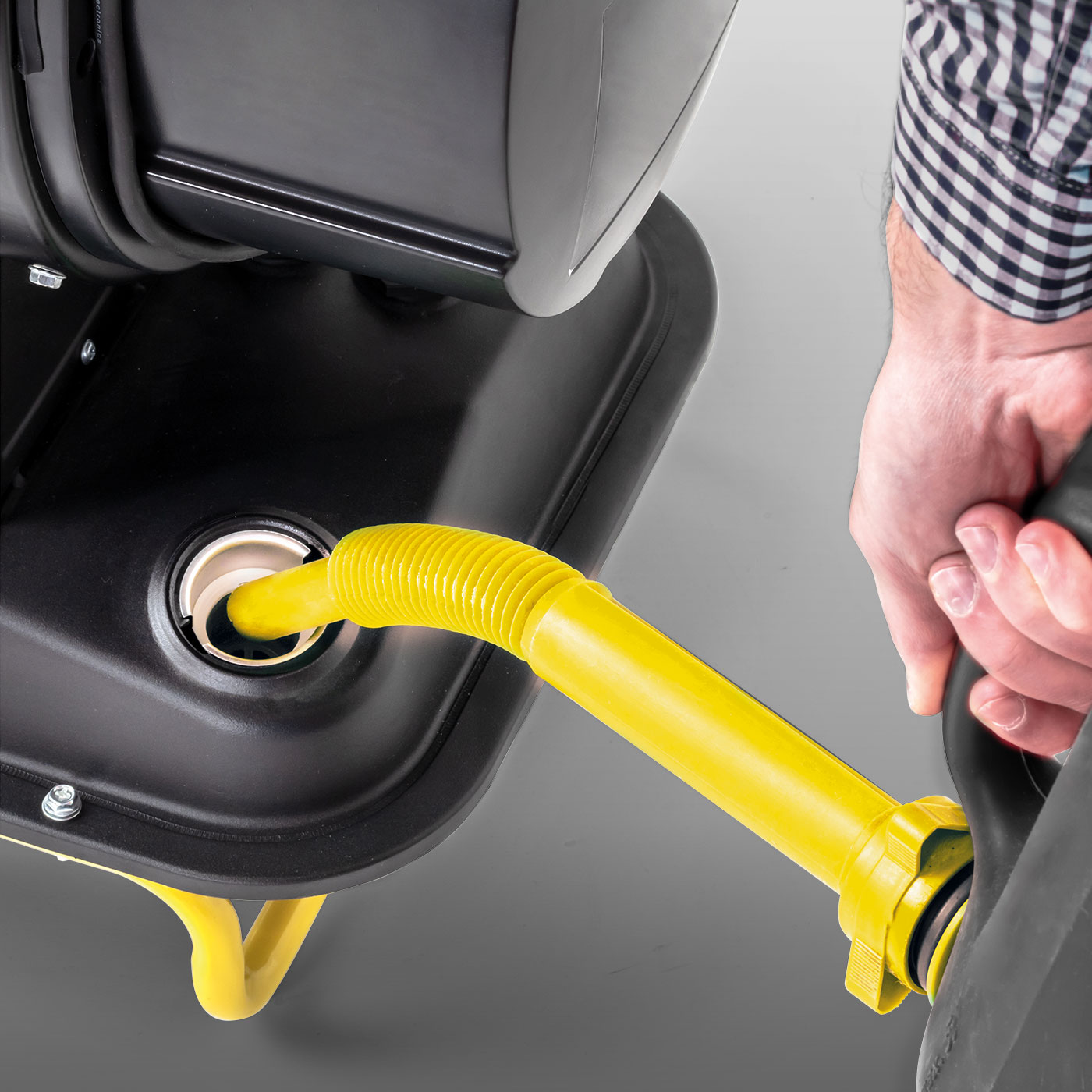 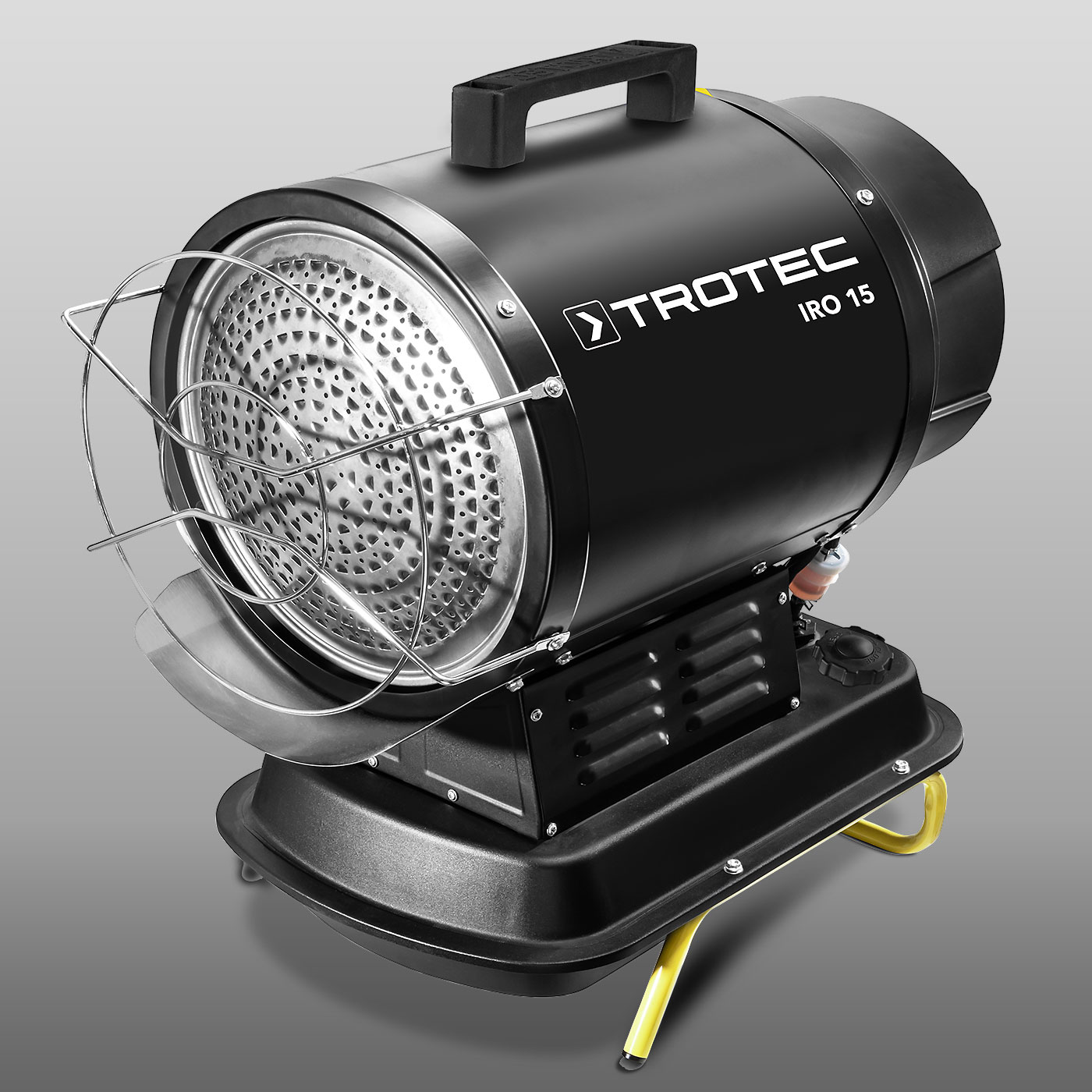 As a 20-kW infrared oil heater the IRO 15 generates effective radiant heat that is not transported through the air but via light waves, and objects as well as surfaces are heated immediately.

Since the process of this heating type does not involve any air circulation, no dust is raised, which is ideal for the use in dusty rooms with large amounts of liquid or for drying coatings or paint.

Since the heat in the case of the infrared oil heating is not transported via the air, but via light waves, wind has no impact on the heat output either, which makes the IRO 15 also recommendable for spot heating in draughty environments.

Benefit additionally from the quick heating effect of this device:

In contrast to air heating devices which only heat the air gradually the thermal radiation of the IRO 15 already starts directly after switch-on – without any preheating costs and without a waiting period, 100 % of radiant heat are transported from the heating device to the object illuminated almost without any loss.

In this process, this infrared radiant oil heater not only heats especially efficiently, but also very quietly, since the IRO 15 generates only half of the noise of a comparable direct oil heater fan!

Just like other direct oil heaters, the IRO 15 can be fired with Diesel, which is often more cost-effective than gas or electricity. Since with this technique also combustion gases are emitted to the ambient air, the operational environment must be well-ventilated. In contrast to direct heaters, however, the IRO 15 does not directly emit the heat generated to the air, but uses it to heat a radiant panel.

While the cooling fan cools the ceramic insulation chamber with sucked-in ambient air from the outside, the integrated fan supplies the burner with air which is sprayed into the combustion chamber under high pressure through a nozzle, together with fuel drawn in from the tank, and which is burnt at maximum heat build-up. As a result, the radiant panel heats up to such an extent that it emits targeted IR radiant heat.

With short infrared waves, the IRO 15 in this way supplies effective heat without air circulation directly to the places where it is needed. Just like the warm sunrays the infrared radiation of the IRO 15 heats illuminated bodies and objects directly and without any thermal losses: Only those spots actually illuminated are heated, the air in-between has no impact. Unlike to the sun, however, the infrared radiation of the IRO 15 is not harmful to humans, since they do not contain UV waves.

Furthermore, there are no losses when the radiant heat reaches the body that is illuminated, thus providing for an efficiency of almost 100 % by means of this technology. 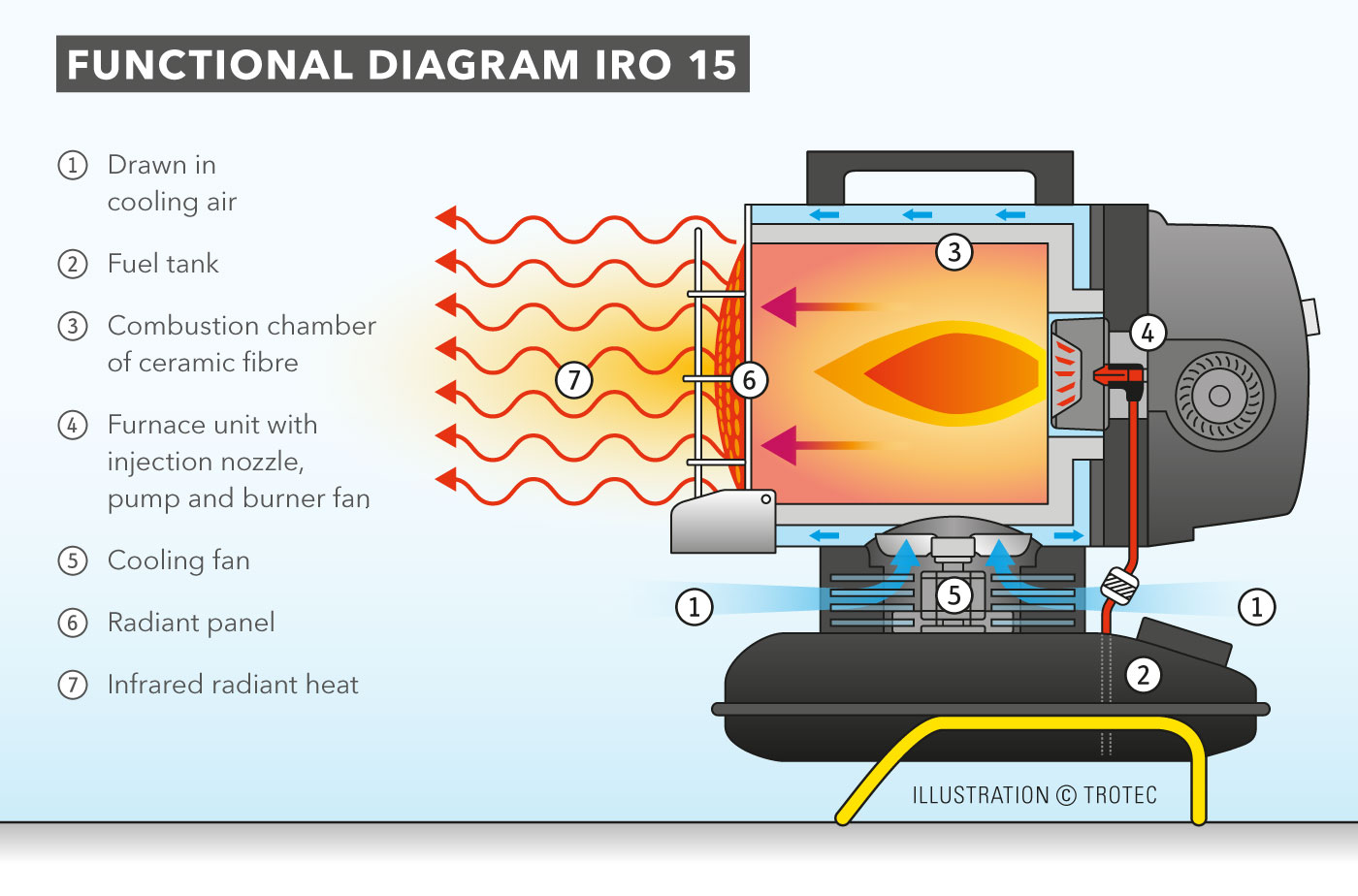 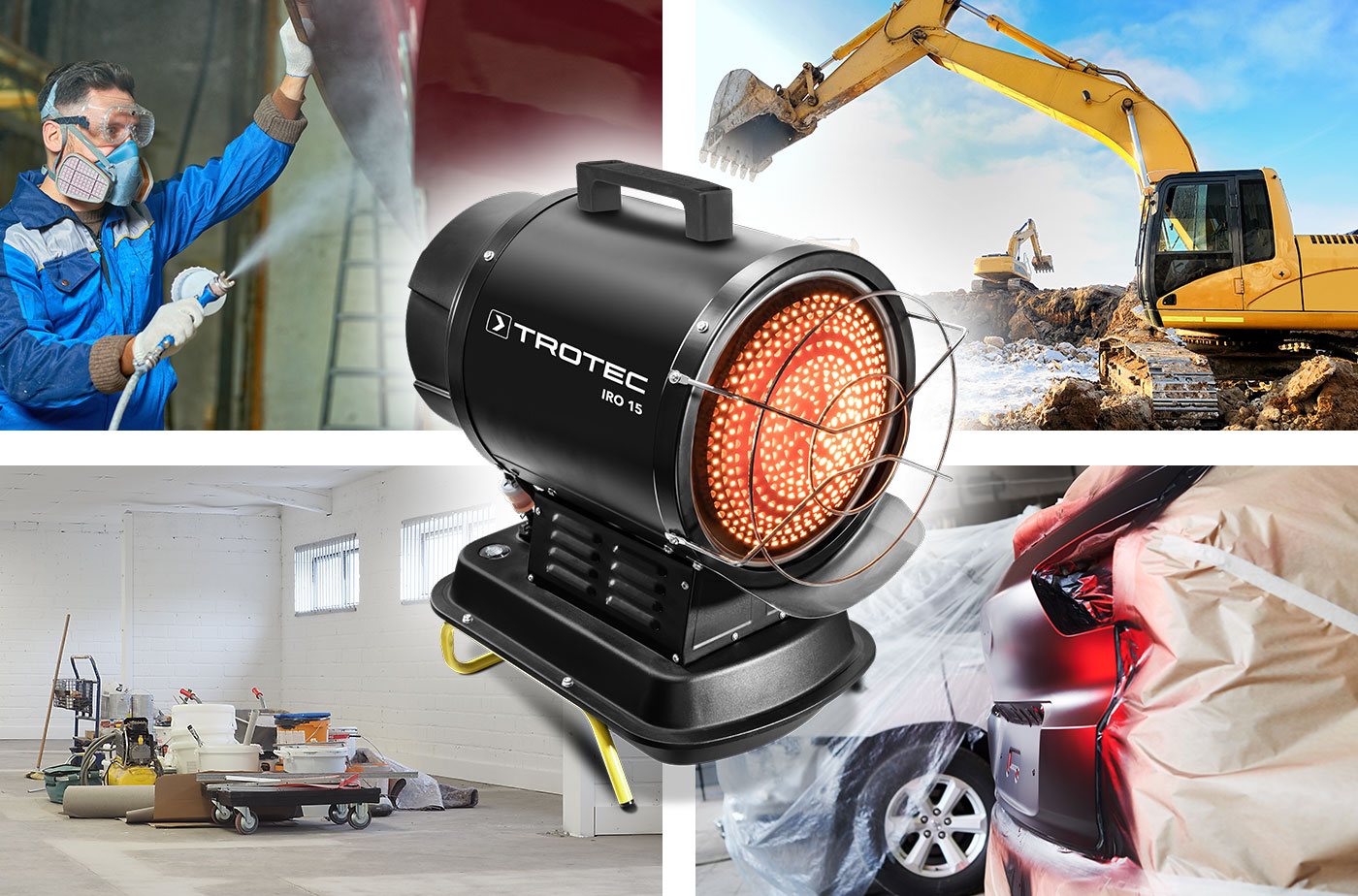 This high amount of heat energy without disturbing air circulation offers you a variety of applications in well-ventilated interior spaces or roofed outdoor areas.

This makes it possible, for example, to de-ice machinery or pipelines, provide for the energy-efficient defrosting of frozen heating systems, dry painting work or wall coatings, and heat work areas in a targeted and completely draught-free fashion. The infrared rays directly heat the corresponding places and not the ambient air.

Benefit from first-hand manufacturer know-how: On our guidebook pages we’re providing you with some detailed information regarding the different types of heaters including a functional description, focuses of application and lots more.

Continue to the practical knowledge guidebook for professional heating

In a few steps to the matching heating capacity. Calculate the heat demand required for heating our rooms – with our practical online calculator.

To the heating capacity calculator 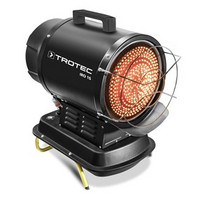 The infrared oil heater IRO 15 with 20kW generates effective radiant heat, which is not transported via the air but via light waves and heats objects and surfaces immediately.